John Abraham shared the teaser of his upcoming film Attack.

After entertaining fans with his thrilling performance in Satyameva Jayate 2, John Abraham is all set to engage his fans with his latest offering, Attack. The actor shared the much-awaited teaser on Instagram, making a comeback on the social media site. The actor had deleted all his posts, yesterday, December 14. Now the only post on his Instagram account is the teaser of his film, Attack.

John Abraham shared the teaser of his upcoming action thriller and wrote, “Get ready to witness the making of India’s first super-soldier! Teaser out now. #Attack releasing in cinemas worldwide on Jan 28 (sic).”

The film stars John Abraham, Jacqueline Fernandez and Rakul Preet Singh in pivotal roles. Attack was originally scheduled to release on August 14, 2020, but was delayed due to the novel coronavirus pandemic. The John Abrahan-starrer will release on January 28, 2022.

John Abraham has left his fans confused as he has deleted all his posts, including photos and videos, from his official Instagram handle. The actor, who has 9.7 million followers, has not revealed the reason behind the same. 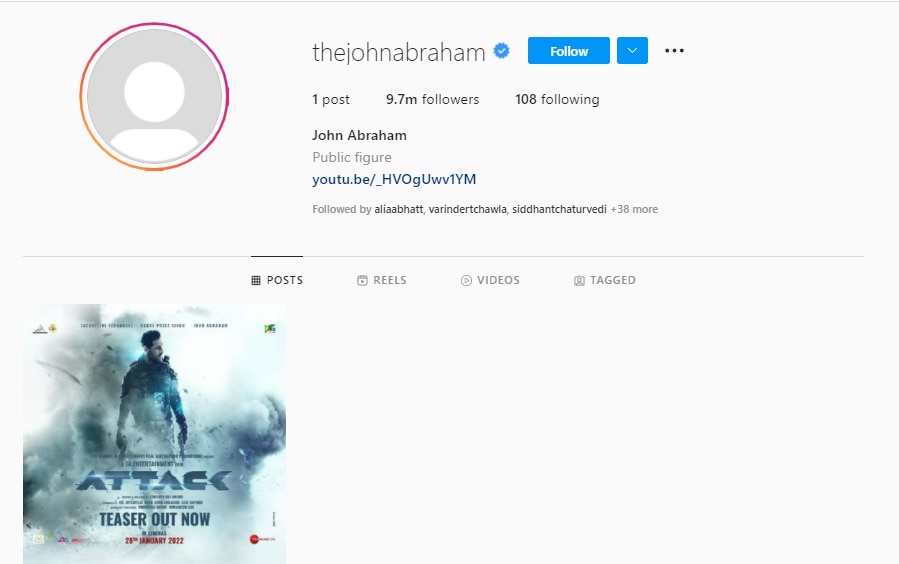 On the work front, apart from Attack, the actor will soon be seen in Mohit Suri’s Ek Villain Returns. The film also stars Arjun Kapoor, Disha Patani and Tara Sutaria.